Computer hardware can be defined as the physical components that a computer system needs to function.

The components that make up the hardware can be classified as internal or external. Internal components are those installed inside the computer, typical examples being the motherboard, power supply and central processing unit (CPU). External components are those connected to the outside of the computer, they can also be called peripherals or peripherals, common examples being the monitor, keyboard and mouse. Microprocessor Connectivity Stationary computer Hardware sale Mini-pc Troubleshooting Pavilion Mouse pad LCD screen Big brands Its computer Multifunction printer Toner Configurations pci card Ram memory Computer peripherals Nas Color laser Connectors

Below you will find 20 examples of hardware. The first 9 components listed generally belong to the internal category, the other 11 are generally external.

I will explain each of the components listed in more detail below.

The motherboard (known colloquially as the mobo) is the main circuit board of a computer. It houses the processor and functions as a hub through which all other hardware passes. It allocates power to the other components, coordinates them and allows communication between them. Touchscreen tablet Computer equipment Computer workstation Raspberry Processor intel Cartridges Supplies Charger CPU Computer equipment Computer network UPS Processor intel core Reconditioned Touchscreen Wholesale Config Wireless mouse Controller Fixed PC Compatibles Aspire Connections

The central processing unit, or CPU for short, is responsible for processing all the information from the programs run by your computer. Each CPU has a clock speed, which is the number of instructions it can process in a given second, measured in gigahertz. The quality of a computer's processor has a major effect on the overall performance of the system.

Random access memory (RAM) is the physical hardware inside a computer that temporarily stores data. It is normally located in the memory slots on the motherboard. Its role is to serve as the computer's "working memory" for information created by programs. Generally speaking, the faster the RAM, the faster the processing speed at which the memory moves data to other components.

The video card (also known as the graphics card) is an expansion card that allows the computer to send output images to a video display device such as a monitor. The video card is usually installed via a slot on the motherboard.

An optical disc drive (ODD) uses laser light or electromagnetic waves to read or write data to optical discs. Common optical media designed for use with these types of drives are compact discs, DVDs and Blu-ray discs. Optical disc drives may also be referred to as disk drives, CD drives, DVD drives and BD drives.

10. The screen or monitor

The keyboard is a typewriter-like device that allows users to interact with their computer. Users enter text, characters and other commands by pressing special buttons called keys. Although the keyboard is normally considered an external hardware component, it is an essential part of most computer systems.

The computer mouse is a handheld pointing device used to manipulate objects on a computer screen. The standard modern mouse is capable of directing a cursor using optical sensors. Most mice also have two buttons (left click and right click), used for selection and access to menus, and a scroll wheel.

Printers are output devices that generate hard copies of electronic data stored on the computer, usually in the form of text or images on paper. The most common types of modern printers use inkjet or laser technology and connect to the computer via the computer's USB port or via WI-FI.

Computer speakers are a common output device and are used to listen to music, movies and other audio. They are available in a range of qualities and prices, with the more sophisticated versions having an additional subwoofer to provide enhanced bass output.

An external hard drive is a drive that usually connects to the computer's USB port. Some are powered by the computer via the data cable, others need an AC wall connection. The main advantage of an external drive is its portability, you can carry relatively large amounts of data with you or transfer data between different computers. Fan Computer Wired Ethernet Graphics cards Desktop computers Geforce gtx usb ports Hard drive ssd Rgb Laptops Touchscreen Brother High-tech Discount USB Keys Keyboard Mouse For Computer

A desktop image scanner is an input device that transfers images or text to a computer using optical technology. The computer converts the signal into a digital image, allowing it to be edited, emailed or printed.

Projectors are external hardware devices that allow a room full of people to experience images generated by a single computer. They can "project" still or moving images onto a blank wall, screen or other surface. Modern digital projectors are often used to watch movies, enhance presentations or as an educational aid. They connect to a computer via the HDMI port.

A joystick (also known as a control column) is an input device used by a gamer to interact with a computer game. Joysticks are also used to control a variety of real-world vehicles, such as airplanes, trucks, wheelchairs, surveillance cameras, and unmanned underwater vehicles, which are becoming increasingly computerized.

Headphones are a hardware output device used to listen to audio. Typically, they plug into a computer line out or into speakers. They allow the listener to enjoy music, movies, or other audio privately and without disturbing others nearby.

A USB flash drive is a portable data storage device. Unlike optical drives, flash drives have no moving parts, making them more durable. A flash drive has a built-in USB interface and connects to the computer via a USB port.

This content is accurate to the best of the author's knowledge and is not intended to substitute for formal, individualized advice from a qualified professional.

Sort by:
Best sellers Relevance Name, A to Z Name, Z to A Price, low to high Price, high to low
Showing 1-6 of 6 item(s) 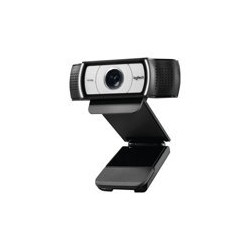 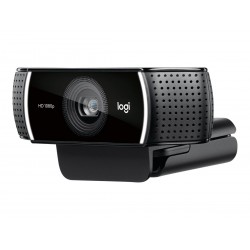 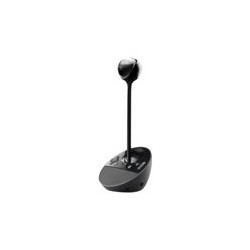 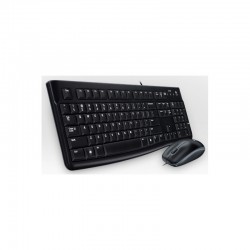 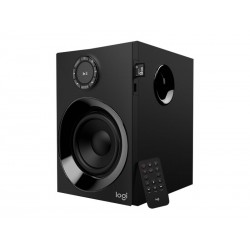